It was a sunny day in Amsterdam and I was doing some sightseeing with an Italian girlfriend. Walking past churches she would invariably ask about the names, after which saint they were named, etc. Passing near the Moses and Aaron Church I ventured to say that it was not used as a church anymore, but nowadays served for various cultural or social events. As I recalled from my own experience in my student years in Amsterdam, it also served as a meeting place for the local tax office.

My friend (who by the way was wearing a big cross as a necklace) was really surprised and upset by my story, as I should have known. How on earth would we in Holland dare to use churches for another purpose than worshipping the Lord? The rest of the stroll through the streets of Amsterdam was dedicated to avoiding churches and this controversial topic…

Isolated incident? Not in the Netherlands, where churches are transformed into all kinds of other buildings. Why do the Dutch do that? There are several reasons.

Land is expensive, so each square meter is fully used in urban planning and an abandoned church (fewer and fewer churchgoers nowadays) costs money and will soon serve another purpose. Dutch pragmatism and a no non-sense approach to life: if a church is empty, rebuild it into a place for socially responsible activities, or in some cases a… mosque. Culturally speaking, it is not seen as an offense to give the house of the Lord another use. For the (economic) rationale behind this, see above. 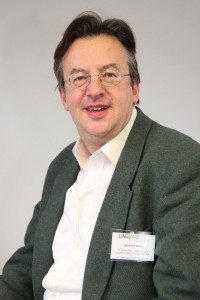 The (very) Catholic city of Maastricht has an impressive list of churches of which many are not in use as such any more. Many are now university buildings and the best known example is the Dominican church (Dominicanenkerk) which is a fancy bookshop these days.

And what about Flanders? There, old campuses often include ancient monasteries, convents or chapels, but these are nowadays not so much in use as such any longer. They’ve also become secular buildings, like in the Netherlands. But my guess is that in Flanders they don’t change a church into a skating rink as they did in the Dutch town of Weert last winter… The story doesn’t tell us what it’s now in the summer, maybe a disco? Oh Lord, please don’t let me be misunderstood!