Uit de interculturele hoek…
Deadlines, its origin and practices in the Netherlands and Flanders

“Class, I want your report by Friday 5pm”. This is a classical deadline that is put to students who need to return an assignment before or by a certain time. As we all know, time is subject to multiple interpretations based on our cultural background or personal preferences. It goes along the perception of past, present and future that we have around the world. A term like deadline refers to the way we see the present or near future.

So what is a deadline? Webster reports its first use in 1864 during the American Civil War as “a line drawn within or around a prison that a prisoner passes at the risk of being shot” (locus). So indeed, if you cross the line, you are dead. But most of us will know the more recent and common use of it as “a date or time before which something must be done” (tempus), which originates from American English newspaper jargon (1920). The shift from its military origin indicating a place (locus) to the figurative meaning nowadays as a time aspect (tempus) makes it largely appealing to our minds. It has resulted in an enormous use of the word in modern life and in films, literature and music. Also, many languages have adopted the English term in their vocabularies. 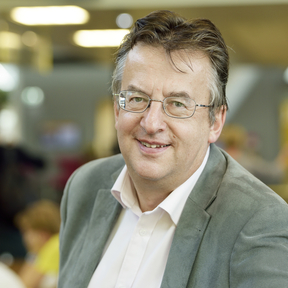 For many people, especially those from future-oriented and monochronic (doing one thing at a time) cultures, the meaning will be quite clear: they know they basically have to respect the time limit. This is very much the case in the Netherlands and to a lesser extent in Flanders, too. For others, however, in more polychronic (doing more than one thing at a time) societies, a deadline is a limit that is often made more personal and still is negotiable. In this respect, there may be other practices between, say, the universities of Groningen and Leuven. Personally, I’ve seen differences within the NUT in dealing for example with Delft and Rotterdam, and also with Maastricht and Leuven. In general, official deadlines that are being set and managed from Antwerp show some nice flexibility!

Back to my first example in class: for many students around the world Friday 5pm is an indication that can still be negotiated with the teacher into a new limit, e.g. Monday 9am, with the argument: “I’d then have all weekend to work on it, so please, professor… “. They view deadlines as more flexible time limits or sometimes simply as a form of wishful thinking. In monochronic cultures, the management of this kind of regular deadlines is often done using computer support. There, students need to return their reports via intranet and the teacher (who is nice to them) will set up the limit to 5.15pm, giving the late students some additional time. These cultures are often also egalitarian and universalistic (i.e. The Netherlands) and in this way no particular or personal preference is involved, everyone is in the same boat. With one big difference from the original version: you don’t get shot if you cross that line!